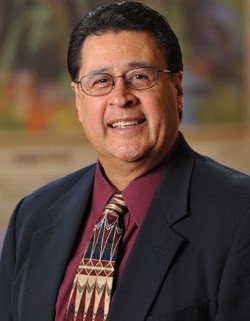 The nationally respected scholars will discuss challenges and opportunities found in educational diversity. The program is free but advance registration is requested to help plan the reception. More information and online registration is available at  https://www.eventbrite.com/e/julian-parker-tickets-5674466482?aff=ebrowse.

A 6:30 p.m. reception precedes the lecture; a question-and-answer session will follow.

The program will include a brief award ceremony for the Minnesota Alliance of Black School Educators, a longtime co-sponsor of the Julian Parker Lecture Series.

Other co-sponsors are St. Thomas’ Office of Diversity and Inclusion, Department of Teacher Education and Special Education, Department of Educational Leadership and Master of Arts in Public Policy Program, and the Academia Cesar Chavez Charter School.

The Julian Parker Lecture Series honors the former longtime chair of the Education Department and dean of the graduate school at Xavier University in New Orleans. Parker was a national leader on urban education and race relations. In the 1960s, he was instrumental in dealing with issues of race and diversity when he worked at St. Thomas in an exchange program between the national historically African-American colleges and private colleges in Minnesota.

Cardenas, who is executive director of Notre Dame’s Center for Arts and Culture in addition to his role as sociology professor, received his bachelor’s from California State University and his master’s and doctorate from Notre Dame.

Cardenas has worked in the area of immigration for more than 40 years and has gained international recognition as a Mexican-immigration scholar.  His books include Los Mojados: The Wetback Story, which he co-authored in 1971, and more recently the 2004 Struggle for Equality in the Midwest. He also founded Latino USA, a weekly radio program distributed by National Public Radio.

Cardenas taught at the University of Texas at Austin from 1975 to 1999, when he became founding director of Notre Dame’s Institute for Latino Studies. He also served as Notre Dame’s assistant provost and held the Julian Samora Chair in Latino Studies. From 1995 to 2013 he was executive director of the Inter-University Program for Latino Research, a national consortium of 25 member centers and institutes.

Named several times by Hispanic Business Magazine at one of the 100 most-influential Latinos in the United States, Cardenas has testified before Congress and state legislative bodies, served on White House and Smithsonian committees, and was one of six people appointed to an advisory committee for the $1.5 billion Bill and Melinda Gates Millennium Scholars Program.

Castenell, whose innovative teacher-education programs have been featured in the New York Times and Washington post, was an undergraduate elementary-education student of Julian Parker at Xavier in the 1960s.

As dean and now as professor of educational psychology, Castenell has worked to increase diversity awareness on campus and to create programs that encourage student achievement in underserved populations in Georgia.

Castenell’s leadership at historically black colleges and universities, and selective flagship institutions, has led to honors that include the Leadership Service Award by the National Board for Professional Teaching Standards, the Board Service Award by the American Council on Education, and Chair of the Board Award for Leadership by the American Association of Colleges for Teacher Education.