News
You are here: Home / News / Uncategorized / As Target Sinks, Latino Shoppers Come to Its Rescue 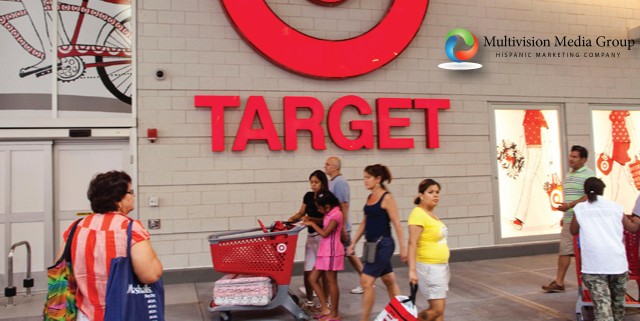 For all of us who don’t visit Canada or own Target stock, it caught us by surprise Target’s announcement to massively shutdown its 133 stores in Canada. Apparently, the Canadians did not fall in love with the Bull Eye brand soon enough-remaining loyal to local brands-forcing top management to cut losses and leave. Target’s venture in Canada can be used as a case study on how large retailers fail the basic principles of market research and branding loyalty. How can a retail giant like Target fail to distinguish itself from local retailers and widely expand before gaining toehold? One can assume, based on the given results, that Target’s management lacked the most basic principles of international market expansion. As it usually occurs in a global economy, the faltering of the Canadian fiasco is taking a toll at home where Target has announced its plan to layoff thousands of employees over a two-year period. 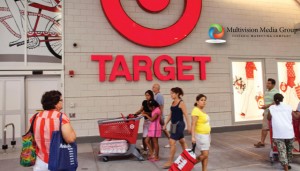 As expected, the massive layoffs and elimination of thousands of positions is part of a re invention strategy aimed to save the company $2 billion. One can only guess that Target’s top Canadian executive was the first to let go, a little too late and hundreds of millions later. Now the remaining top executives are pursuing a broad turnaround plan consisting of targeting young Hispanic adults. The strategy is not innovating by itself; other discount-retailers have long implemented it. The million dollar question, no pun intended, is why did Target aggressively expanded in Canada and neglected the Latino Market?

Hispanics accounted for more than 60 percent of the U.S. population between 2000 and 2015. Their purchasing power is expected to reach 1.5 trillion this year. Furthermore, more than 70 percent of the Latino population is under 40 years of age, a number that has motivated General Motors and other large corporations to advertise heavily and smarter in Latino media outlets. Will Target make the same mistakes as it did in Canada? I do not know. What I know is that Target’s new plan can be very profitable is executed right. Stay away from the “one size fits all” strategy and hire bicultural professionals with cultural knowledge. If so, a lucrative horizon awaits ahead.

By: Juan A. Vázquez/President
The most effective way to reach out to the Latino market, period!
Multivision Media Group, LLC | 651.331.8461

Hispanic Millennials: A Large Market Every Wants and No One Gets